Senri Kawaguchi is not only one of Japan’s premier drummers, but she’s received global acclaim for her technique and prowess starting from a very young age. In this clip taken from Senri’s Drumeo course, she breaks down four of her favorite licks. One cool thing to note is how she tends to give each pattern a name based on how it sounds or feels – a great trick for memorizing and writing drum parts in general.

Give them a try!

To make 16th note triplets easier to remember, use a word or phrase with six syllables (Senri uses shikashi-nagara). This pattern is six on the snare, two on the kick, two on the toms, and two on the kick for a total of 12 notes in the phrase.

A 9-note pattern that consists of single and double strokes, accent every single stroke. You can make it sound bigger and more impressive just by changing where you place that accented note, whether it’s on a cymbal or a tom.

Senri compares this lick to the sound of a horse running, which the pattern on the double kicks emulate. It sounds more complex than it is. This is a simple alternating right-left four-note phrase on the feet under a simple two and four with the hands. 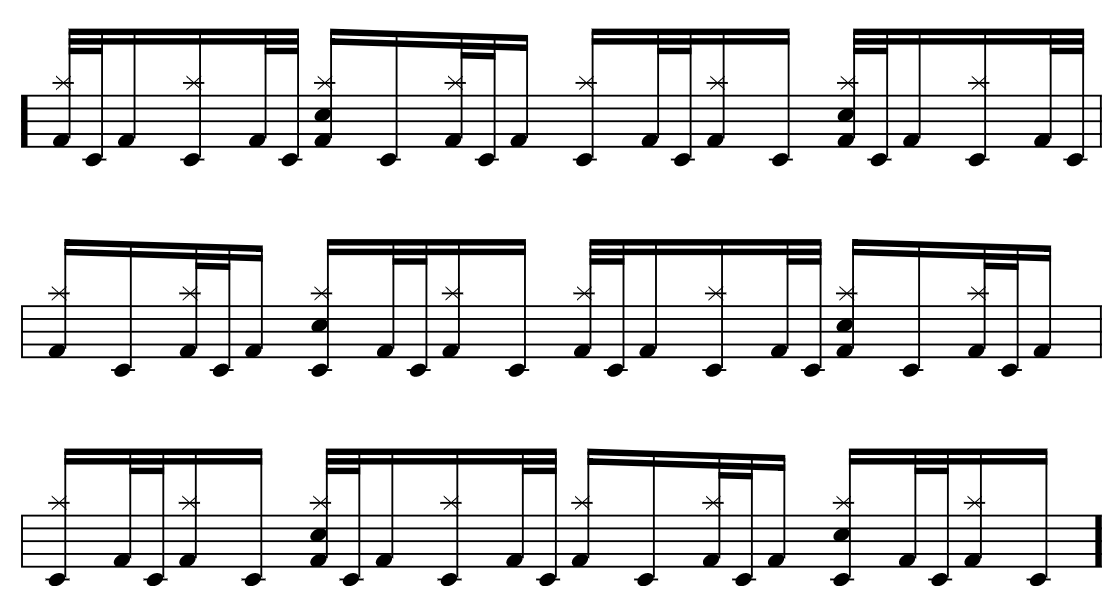 If you’re familiar with Senri’s drum solos, you might recognize it. Her name for this lick was inspired by people collecting flyers (imagine pulling them toward you from multiple directions – it’s a hand motion that looks almost like you’re swimming). Think symmetrical: set up a symmetrical kit and have your right hand and right foot mirror what your left hand and left foot are doing. Like most of the other licks, it sounds more complex than it is. You can also ‘collect flyers’ from the right or left side instead of from the middle – it looks awesome!